My arm was sore, but over and over I pulled the rope. The Evinrude sputtered and coughed. After a few minutes, it kicked into idle and spewed out blue clouds of exhaust near the water. The old boat motor had an ornery sound, like the voice of someone when their car doesn’t start in winter.

Finally, I rested and caught my breath while the engine warmed. I carefully cut back the motor’s choke, hoping it wouldn’t stall. After a minute, I reached down and pulled forward and into gear a small lever sticking out from the upper left portion of the propeller stem. I motored around the the 3.2 miles of shoreline on Big Casey Lake turning the rubber handle clockwise with my left hand on the steering lever, then cut the engine near the lily pads on the south shore not far from the Bald Eagles nesting in a tall jack pine.

I’m starting an old motor and riding around the lake in a metal boat in order to engage with the concrete and physical, to balance my life of academic work: teaching, grading, writing and going to meetings. That’s why a manual-start motor is the perfect remedy. It starts not with a button, but only by work of arm and hand, shoulder and elbow, and it reminds me of a time when life had more physical work and less mental clutter.

I go to the Old Style Place for exactly that… less clutter. In the cabin’s main room, there are three chairs, one kitchen table, one small metal stand for a toaster, one wooden seating bench, a few magazines and a radio — radio with a cassette player — and a small box near the wood stove filled with kindling.

Appliances include a small Dixie stove, a Gibson refrigerator and a sink with no running water. The Dixie and Gibson appliances truly are Old Style, circa 1950. There are two small bedrooms and one deck. On the deck are one sofa, one small wooden table and two chairs. These elements scream of self-sufficiency and I hear the remnants of hard work that carved out a middle class existence in parental talk, “Why should we buy a new chair or table if the old one works just fine.” 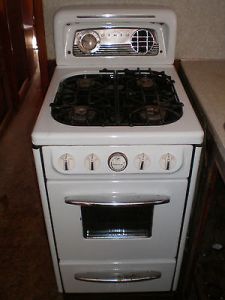 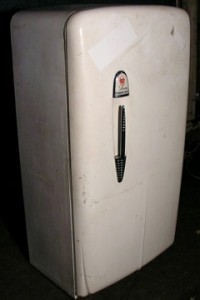 “We’re lucky to have the cabin,” they said, and when I was younger I guessed it was true. But now sleep calls me. I know the beds are worn out; either too soft or too hard, and I think Goldilocks would have rejected all of them.

Before turning out the lights, I glance at a small, funny, poorly cushioned green parlor chair in the cabin’s boxy main room. The chair, parked in a corner under the Old Style light, had a special 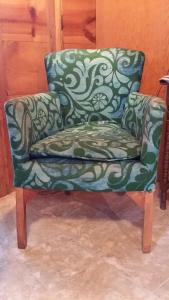 nickname among my brothers and I. We called it “the tick chair,” because nearly every time someone sat there they immediately felt a wood tick crawling on their leg, arm or neck. We always watched that chair, and if a visiting city-girl sat in it, we’d eagerly await her screams.